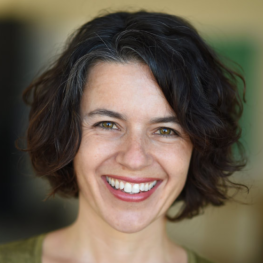 Beatrice was born and raised in Asolo, near Venice. She is a theater maker and curator. After her studies in classics and theater at the University of Padua in Italy, and Royal Holloway University of London, she moved to the Bay Area and worked in editing and marketing at the Istituto Italiano di Cultura of San Francisco. Beatrice then served as literary manager and dramaturg at Long Wharf Theatre in New Haven, CT, and as director of new work at San Francisco’s American Conservatory Theater (A.C.T.). Her theater translations/adaptations have been presented at Theater Calgary in Canada, Santa Cruz Shakespeare, Oregon Shakespeare Festival, and A.C.T. She has lectured at Yale University School of Drama and A.C.T. and is pursuing an MA in Curatorial Practice in Performance at Wesleyan University. Beatrice is ensemble member with Affinity Project and directs an in-process series on migration, loss, and dislocation with actress Valentina Emeri. Beatrice teaches at UCSD and curates Práctica a platform for multidisciplinary artists practicing north and south of the San Diego/Tijuana border.