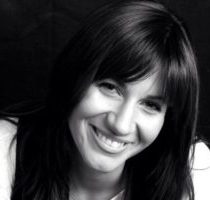 Born and raised in Trieste, in the far north-east of Italy, Elisa Meazzini received her Master of Arts degree in Communication Science. She has been a member of the Italian Association of Journalists (list of Professionals) since 2004 and worked for 14 years as a journalist and host at the editorial office of the Friuli Venezia Giulia television station Telequattro. Occasionally, she also covered news for the national television station La7. In 2012 she left Trieste for Ulm, Germany, where she embraced her new passion: teaching Italian as foreign language. She worked as an Italian teacher for adults. In 2013, Elisa moved to Boston, Massachusetts, where she taught Italian to adults at the Dante Alighieri Society of Cambridge. Elisa was actively involved in the radio-tv show for Italian expats L’Italia Chiamò, broadcast on several Italian television stations and on the Internet between 2013 and 2015. In 2016 she moved to San Diego, where she has continued teaching Italian and taken on a new job: being a mom!